Paul and the False Prophets

I'd like to expand on a comment I received from a reader because it really struck a chord with me. She stated:

"You know, I'm in the middle of a Bible study in my women's class by Kaye Arthur, called "Lord, Give Me a Heart for You". It's a study of 2 Corinthians, and therefore of Paul and his dealings with a wishy washy group of people who tended to listen to false prophets and go whichever way the wind blew. And those false prophets just trashed Paul.. he wasn't a good speaker, didn't "look" like an apostle, etc. And as I read parts of the study and delved into the Scripture, I began to see a direct correlation between 2 Corinthians and 2000-2008.. the media vs. George W. Bush. I get really, really hot under the collar at the power held by the media and the entertainment industry (Alex Baldwin and Susan Sarandon and, of course, Oprah.. as political gurus... WHAT are we thinking???). Cascia, you have the heart of Paul; you simply call it as you see it, and if it isn't popular, then TOO bad. Love it, girlfriend... but buckle your seat belt and prepare for a rocky road! You'll get a lot of hits, but you probably WON'T be well-liked. Make sure you don your thick skin, and you'll be OK! With prayers and praise for your boldness..."

Thank you so much, Pam. I agree with you completely. And yes, I am not going to give up. I don't care how many people hate me for creating this blog. I believe that our voices need to be heard. Especially during the next four years.

I am a Christian, Catholic in fact. And despite what most people think about Catholics I do read the bible. After reading her comment I got my bible out and looked over Paul's second letter to the Corinthians. I couldn't find the exact passage that Pam was referring to so I assume she meant the whole letter. If I understand her correctly the wishy washy people (Corinthians in Paul's time) are the Americans that are listening to the liberal media and believing every word that they say. The symbol I have for them on this blog is the lady turning into a donkey. The liberal media, therefore is the false prophets. You hit it right on the nail, Pam. Thank you for comparing me to Paul. I am humbled.

During Bush's presidency liberal reporters like Katie Couric never had anything good to say about him. Bush is a good man. Rush Limbaugh said in an interview with Shawn Hannity that Bush stuck to his guns and did what he believed was right putting partisan politics aside when he made decisions. He took the office of the presidency very seriously. Bush didn't base his decisions on public opinion like other former presidents did (Bill Clinton was known to watch the polls very closely).

Another thing that I admire about George W. Bush is that he is a very spiritual man. He has a close relationship with our Lord and always took his faith to heart when making decisions.

The liberal media always knew how to make him look stupid. But he took all the criticisms with grace and humility.

I was embarrassed when I heard how the crowd reacted at the inauguration last week when President Bush was introduced. If you didn't hear or see it thousands of people, grown adults mind you, decided to chant the old song, "Na, na, na, na,...hey, hey, hey...goodbye," to the outgoing president. This was extremely disrespectful and I don't understand why grown adults would stoop that low. Four years ago some of these same people could have voted for the man that they were then booing. I just don't get it. Bush must be a very strong man to be able to put up with that. And did you notice that the liberal media did not say a word about this incidence? Maybe they put the crowd up to it.

We can not change the mentality of Americans but we can influence and educate. That is the whole point behind Take Two. So if you think you are being influenced by the liberal media here is my advice. 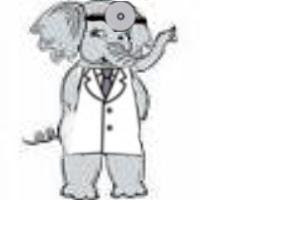 Take two and call me in the Morning.
Posted by Cascia Talbert at 5:04 AM

I was wondering why Katie Couric would decide to leave NBC (and Matt Lauer for that matter) and go to CBS. When I heard she repeatedly expressed her comments as the Bushes were leaving DC (to the tune of: Many people are sad to see them leave, but many more are happy to see them going). What? Is that even non-biased, you liberal?

And this political climate change may just have me stop watching tv. Everywhere you go there are still jokes about GWB. In fact last night a famous night talk show host commented that there was nothing in the Obama presidency to make jokes about. Hello!

Why not just call Obama the perfect leader for our country.

Last I checked, there was only one without fault. His Name is Jesus Christ, the Alpha and Omega, the Beginning and End.

Keep your heart pure and tune into what God's telling you. We all need to continue to practice our own rights to FREE SPEECH!

"{Clap-clap-clap} Beautiful post!" I second that! Wonderful job! I'll be following you from now on.

I don't think that chanting is ever appropriate and I am embarrassed that anyone in our country would ever act like that.

I can't believe people were actually chanting that song when Pres Bush appeared. That's just downright rude...whether we like him or not, he's still a human being who deserves respect!

I really like this post!! You're free to express your views and opinions...it's your blog! I admire your honesty and courage to speak what's on your mind!

I could not find your email.

I hope today is a better day for and the migrain's are gone.

Hi there. I didn't watch any of the inauguration, or anything that had to do with the election. I had no idea they did that with President Bush. How embarassing for us Americans to treat our PRESIDENT like that? That is why the world is the way it is. The world sees evil as good, and hates anything that the Lord stands for. This is only the beginning. We just have to continue to pray for our nation, and our President.

Hi Cascia! It's my first time here. Yes some people might hate you but I also believe that everyone deserves to be heard. That's what blogs are for right? You can write whatever you want to say.

I didn't know that the crowd said that to GWB - that really sucks. I'm so sick of all the jokes and hating on him. As adults, I'd think people could be a little more respectful.

Take Two and Call Me in the Morning